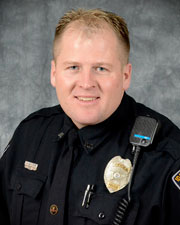 Officer Reynolds’ extraordinary heroism and resolute courage, fortitude, and endurance, with grave danger to his own life above and beyond the call of duty, are in the highest traditions of the Idaho Falls Police Department and Idaho law enforcement.